"The combination of horse manure and secret herbs in the shampoo had a dramatic effect in revitalising the previously dormant hair follicles in the scalp."

Gardeners swear by rotted horse manure for making plants grow, horse owners have always gladly passed along horse manure to allotments and gardeners. Well its not just plants that manure helps to grow, according to scientists in America, horse manure will help human hair grow too! 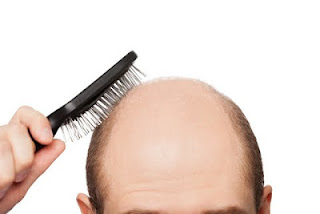 A group of Horticultural scientists were working on a formula for an organic crop fertiliser when they stumbled across a recipe for hair growth using horse manure. One of the scientists had horses and was experimenting with liquidised horse manure. As a practical joke his colleagues added the liquid manure to his hair shampoo at the shower facilities within the horticultural college they worked at. Unknowingly the balding scientist used the manure on his head for 2 months, after which he noticed considerable hair growth. The combination of horse manure and secret herbs in the shampoo had a dramatic effect in revitalising the previously dormant hair follicles in the scalp. Dr Adam Mizhen said, "I first started to go bald at a young age of 23". "When I found out about my colleagues practical joke I was angry but then realised that the combination of the shampoo and fertilise formula had triggered hair growth on my head, so I was over the moon!"
The hair growth shampoo will be sold in America from June 2012 and is due to reach the UK by early 2013.
Gotcha - April Fools!

The information above is purely fictional and was created for an April Fool's joke by Equine Compare.
Posted by Kelly Jackson at 10:21