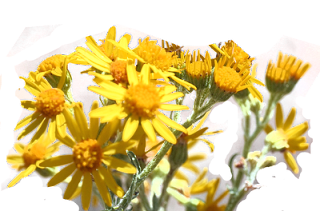 The British Horse Society (BHS) continues its fight against ragwort with a second nationwide survey this month.

Every year animals die painful and unnecessary deaths as a result of damage to their liver from consuming Ragwort. The danger that the plant poses is widely known, yet levels in the UK still continue to rise. This suggests that the laws governing ragwort (Weeds Act 1959, Ragwort Control Act 2003) are not being enforced and the threat that the plant represents is not being taken seriously.

Last year, spurred by concern over the increase in reports, the BHS launched a nationwide survey to draw up a true picture of the extent and location of the weed. The Society believes that if hard evidence is acquired, the battle to control the weed will be easier to fight and win.

The initial survey produced some very interesting results. A total of 13,189 horses were identified as grazing on ragwort infested pasture. In more than one third of reports, the plant was said to cover at least half of the land.

The most infected parts of England..

In Wales, the worst offender was Clwyd, while in Scotland Strathclyde gave cause for the biggest concern. At the other end of the scale, Cleveland, the Scottish Borders and West Glamorgan appeared to be relatively free of ragwort, with very few reports received.

While the results of this survey are important, it’s not enough. By carrying out the survey in the same week annually, the BHS is hoping to gain an insight into trends in ragwort proliferation and to strengthen the argument to control it. This can then be used to encourage better enforcement of ragwort control and lobby for changes in legislation.

Complete the ragwort survey to win

The BHS is once again appealing to all horse lovers to take time to help complete their “snapshot survey” during BHS Ragwort Awareness Week (11-17 July 2011). If anyone spots ragwort during this period they are asked to spend just a couple of minutes filling in the BHS ragwort survey. All respondents will be entered into a prize draw to win one of two Mark Todd Blouson Jackets provided by the Mark Todd Collection.